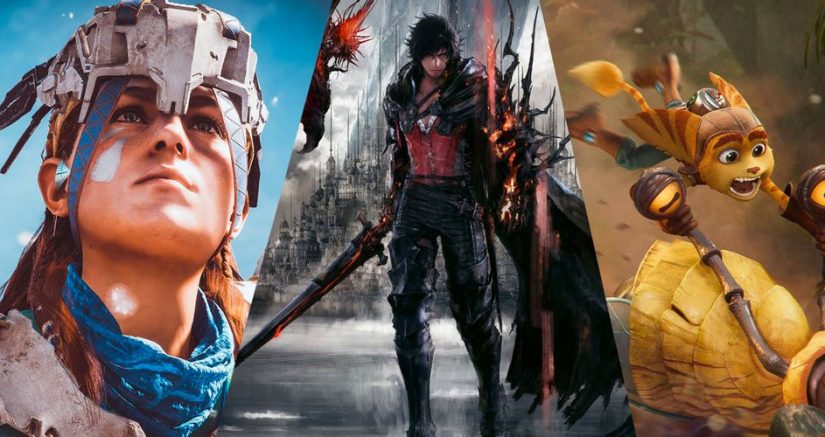 With the PS5 still hot and fresh out of the press with a list of stellar games already in their holster, many PlayStation fans are still wide-eyed in anticipation. With a new era of gaming currently upon us, there is a whole new world of potential for gaming.RELATED:10 Underrated Games You Should Play On PS4, Before PS5Hoping to kick off 2021 the right way is a vast array of games for all kinds of gamers. From cat simulators to assassins to fantasy adventures, PlayStation has nailed the definition of variety in the 2021 lineup.

That’s right. The first is a cat simulator.

Strolling through the slums of a neon-lit forgotten cybercity is an adorable stray with a backpack looking to get home. Jumping high and low with nimble cat paws, players can explore the entirety of the city’s colorful environment, solving the mystery of how humanity went instinct and what lead to the decay of its current androids. And although the game carries a beautiful and poppy art style, it’s not a true cat simulator unless you can annoy any being (human or android or otherwise) so don’t worry because this game also does just that.

Any fan of The Legend of Zelda series are in for a treat because Kena: Bridge of Spirits carries some mad Zelda vibes. After all its developers, Ember Lab’s, are the same creators who made one of the most epic Legend of Zelda fan art i.e. a short film called Majora’s Mask – Terrible Fate.

Kena: Bridge of Spirits is an action-adventure game following a girl guiding spirits to the afterlife, all while battling against corrupt spirits trying to keep still pure spirits from passing over.

Lurking around the beginning of 2021 is Agent 47 in the new Hitman 3., ready to kill the PS5 gaming scene. Promised complete freedom, players can disguise themselves, interact with NPCs, and hunt their prey in whatever method they choose whether it be with a silenced pistol, an explosion, or even a screwdriver (if that’s how you roll), all in brand new luxurious locations. That said, for any Hitman OG fans, Hitman 3 also supports new the first two games, including all the weapon and artillery you loved.

The Ratchet and Clank dynamic duo returns and it looks like players are in for one wild ride. Ratchet & Clank: Rift Apart introduces players to the mechanic of the rift-tether, i.e., real-time dimensional travel, expanding the realm of possibilities for this duo’s antics.

Fighting an emperor that seeks to exterminate organic life throughout all the realities, this game will be like fighting your very own Thanos, except in multiple realms.

Boy! God of War’s cliffhanger with Thor striking down on Midgard at Kratos’ doorstep sent fans on a frenzy as strong as Thor’s thunder. With plenty of plot holes still left unplugged from PS4’s God Of War like what it means for Atreus to either be Loki or named after Loki, a much-anticipated sequel is only natural. Also, with blessing the players with the beauty of Midgard, there’s no doubt that God Of War: Ragnarok will be eye-candy for every returning player considering PS5’s dedicated ray tracing.

Blending together primitive eras with the future of robotic dinosaurs, the world itself was a mystery that players were eager to solve. And with Horizon: Forbidden West expected to come out sometime during the second half of 2021, all fans of the first games are already readying their archery skills for what’s to come.

After coming back from their mini-hiatus between Resident Evil VI and VII, the Resident Evil franchise went on a rampage especially with having released a full-length game almost every year so far and there’s no signs of them stopping. Taking a break from the remakes, Resident Evil returns with its eighth installment. And for anyone that misses Chris Redfield, he’s finally back. Though prepare yourself because he’s also not the same man he used to be.

Step aside Batman because the Gotham Knights are now the heroes Gotham deserves. With big shoes to fill (and not just as vigilantes), Batman’s proteges really have to prove themselves in this game considering that 3 out of 10 games in Metacritic’s list of best superhero games revolve around Batman. And for anyone feeling like the Batman games were lacking in variety, then these four are sure to answer your prayers. After all, each has their own playstyle that players can enjoy in solo mode or with a friend in multiplayer.

For anyone that’s waited this long for their Hogwarts acceptance letter, you’ll only have to wait just a little bit longer because your letter is on its way! Hogwarts Legacy is an open-world fantasy adventure game that allows players to attend Hogwarts as a student. Once players are sorted into their houses, magic is literally at their fingertips as they learn the world of potions and spell and hopefully, how to play Quidditch.