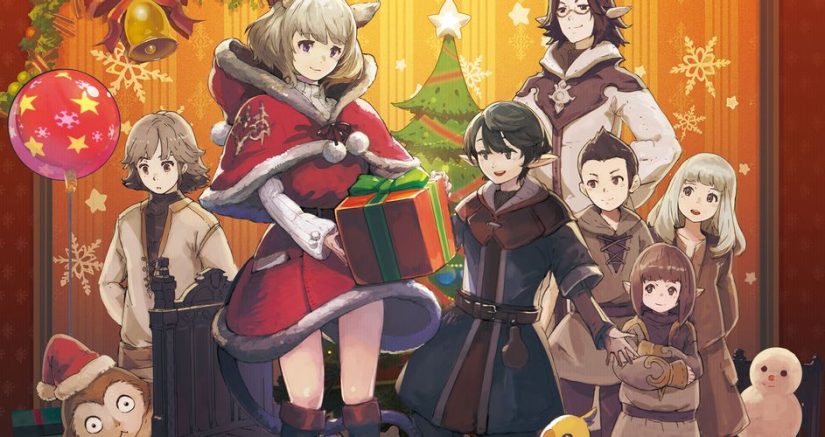 Final Fantasy 14 usually has an event for just about every holiday planned by Square Enix, including one for the winter season this year. However, the game’s community is full of lovely folks and wonderful creative types that want to spread a little holiday cheer of their own, including four Free Companies that hosted their own visit with Santa in the game’s bustling city-state of Limsa Lominsa.This year, Eorzeans can participate in the Square Enix organized event, the Starlight Celebration. It returns every year and usually has a few in-game goodies to hand out to eager players. It’s plenty of fun and the rewards typically include some sort of glamour, mount, or housing decorations.

But for the last five years, four generous Free Companies (Primo, Xia, Al’ar, and Nomad) on Jenova have stationed their own Santas and elves in Limsa Lominsa’s Aftcastle and have given away rare minions, high-quality gear, and plenty of other much desired Final Fantasy 14 goodies. It looks to be a massive undertaking and surely costs the organizers millions in Gil and donations. If you need a little hope in the kindness of others after such a crummy year, this incredible video of their efforts posted on Twitter may bring you a little holiday joy.

What a community, indeed. JP even followed up with a few updates, noting that the organizers had little helper elves running around aiding organization and gift-giving. The video shows an incredible line of Eorzeans lining up in an orderly fashion, patiently waiting for their turn to see another player dressed as Santa. Apparently, the line went on for well over an hour and a half, but it was certainly worth the wait.

One of the organizers, Annamarie on Twitter, noted that the in-game band was a group going by the name of the Moogle Troupe. The adorable little bunch of Lalafells played music, completely decked out in precious Moogle costumes, for festive Eorzeans waiting their turn.

Producer and director Noaki Yoshida recently remarked in an interview with Archipel on just how special Final Fantasy 14’s community really is. He noted that it reminds him of some of his days in Ultima Online, and he really enjoyed seeing all of the player-hosted festivities. We’d have to agree, things like this are put on by some really special folks.